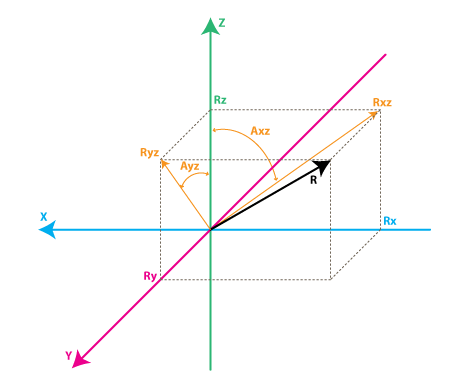 Gyroscopes function differently depends on their type. Traditional spinning gyroscopes work on the basis that a spinning object that is tilted perpendicularly to the direction of the spin will have a precession. The precession keeps the device oriented in a vertical direction so the angle relative to the reference surface can be measured. Optical gyroscopes are most commonly ring laser gyroscopes.  These devices send two lasers around a circular path in opposite directions.  If the path spins, a phase shift can be detected since the speed of light always remains constant. Usually, the rings are triangles or rectangles with mirrors at each corner. Optical gyroscopes are a great improvement to the spinning mass gyroscopes because there is no wear, greater reliability and smaller size and weight [1]. Even after the introduction of laser ring gyroscopes, a lot of properties were desired. MEMS vibrating mass gyroscopes aimed to create smaller, more sensitive devices. In this project, MEMS gyroscopes are used. MEMS gyro is shown below.

Instead the angle will be defined between the Z axis and Rxz, Ryz vectors as follows:

In practice, a gyroscope (unless it is a special digital gyroscope) will rarely give you a value expressed in deg/s. Let’s introduce the ADC to deg/s conversion formula for gyroscope

AdcGyroXZ, AdcGyroYZ – is obtained from the ADC module and they represent the channels that measure the rotation of projection of R vector in XZ respectively in YZ planes, which is equivalent to saying rotation was done around Y and X axes respectively.

Vref – is the ADC reference voltage it is used 3.3V in the example and the project.

VzeroRate – is the zero-rate voltage, in other words, the voltage that the gyroscope outputs when it is not subject to any rotation,

Sensitivity – is the sensitivity of gyroscope it is expressed in mV / (deg / s) often written as mV/deg/s, it basically tells how many mV will the gyroscope output increase, if the rotation speed is increased by one deg/s.

Using the above formula:

A magnetometer is an instrument used to measure the strength and/or direction of the magnetic field in the vicinity of the instrument.  Earth’s magnetism varies from place to place due to the differing nature of rocks or the interaction between charged particles from the sun and the magnetosphere.

Magnetometers are used in geophysical surveys because they can measure the magnetic field variations caused by rocks and mineral deposits.

They are used in directional drilling for oil or gas to detect the azimuth of the drilling tools near the drill bit. They are most often paired up with accelerometers in drilling tools so that both the inclination and azimuth of the drill bit can be found.  Magnetometers are also used to map archaeological sites, shipwrecks and other buried or submerged objects. Magnetometers are also used by satellites like goes to measure the magnitude and direction of the earth’s magnetic field.

Magnetometers are very sensitive and can give an indication of possible auroral activity before one can see the light from the aurora. A grid of magnetometers around the world constantly measures the effect of the solar wind on the earth’s magnetic field.

The HMC5883L utilizes Honeywell’s Anisotropic Magnetoresistive (AMR) technology that provides advantages over other magnetic sensor technologies. These anisotropic, directional sensors feature precision in-axis sensitivity and linearity. These sensors’ solid-state construction with very low cross-axis sensitivity is designed to measure both the direction and the magnitude of Earth’s magnetic fields, from milli-gauss to 8 gausses. Honeywell’s Magnetic Sensors are among the most sensitive and reliable low-field sensors in the industry. HMC5883L features are  Simple I2C interface, 2.16-3.6VDC supply range, Low current draw, 5 milli-gauss resolution.